Drilling and fracking oil wells can be a dangerous business.  The chance to learn the latest technologies while guarding the life of Denver's richest woman, oil tycoon Mercy Drexler, is the one thing that will draw geologist turned PI, Cortlandt Scott, "back in the game."

But he hadn't planned on crooked competitors, radical environmentalists, and foreign terrorists to be the ones threatening his new client.

The investigation turns deadly and threatens the lives of Cort's best friends including his girlfriend, Lindsey Collins.  With danger at every turn, Cort must rely on all his instincts as well as the actions of others to avoid being "FRACKED TO DEATH." 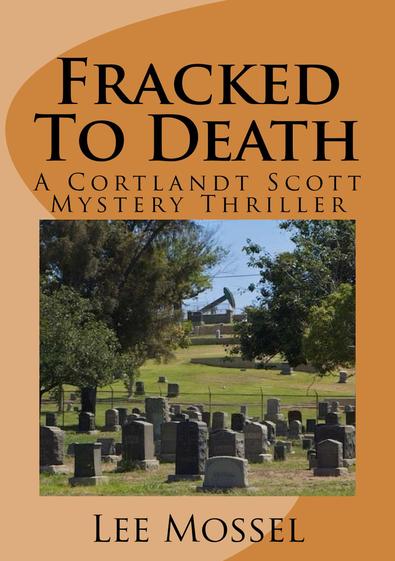 FRACKED TO DEATH is available from amazon.com as a paperback or Kindle ebook