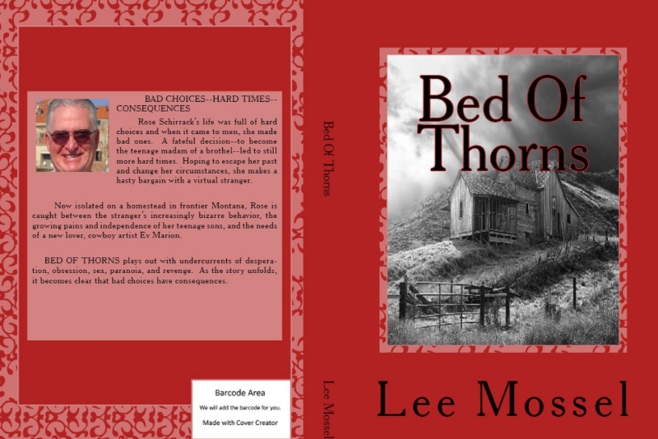 BED OF THORNS is available from amazon.com as a paperback or Kindle ebook.

Rose Schirrack made a bad choice and the result led to a lifetime of hard times and trouble.  At the turn of the 20th century, being pregnant, unwed, and abandoned presented a daunting future without many good prospects.  Becoming the teenage madam of a brothel compounded Rose's troubles.  Now, isolated on a homestead in frontier Montana, Rose is caught up in a maelstrom of emotion and distrust between her teenage sons and a virtual stranger with whom she's made a devil's bargain.  Her new lover, cowboy artist Ev Marion, offers a means to escape but only adds fuel to the fire.  BED OF THORNS plays out with undercurrents of desperation, obsession, sex, paranoia, and revenge.  As the story unfolds, it becomes clear that bad choices have consequences.